On 29th September 2014, the Competition and Fair Trading Commission received an application from Kenya Kazi Security Services (KK Security) for authorization of a proposed acquisition of 100% shareholding in Group one Armoured and Armed Security Services (Group One Security). KK Security Services Limited was a Kenyan owned company which has its headquarters in Nairobi, Kenya. It's core line of business was providing security services including surveillance of buildings, controlling access to the premises, installing alarms systems and setting up a VHF radio communication Limited. Group One Security is a registered company in Malawi which also provides security services like surveillance of buildings, controlling access to the premises and set up of VHF radio communications network.

The Commission, therefore, reviewed information submitted by the parties and conducted a review of the existing literature and information. The Commission also sought views from third parties. The Commission found that the transaction will not have effect on competition in the relevant market as the acquiring firm does not have physical presence in the country. Further, it was established that the transaction would put the merged firm in a financially sound position while at the same time improving its efficiency and broadening its scope of operations.

Finding that the transaction would not result in change in market structure nor substantial lessening of competition in the security services market in Malawi, the Commission at its 41st Board Meeting held on 6th February, 2015 authorized the acquisition.

Request a copy of the full determination

On 29th August, 2014 the Competition and Fair Trading Commission received an application for authorization of a proposed acquisition of 60% shares in Quton Limited by Maharashtra Hybrid Seeds Company Limited.

The transaction was notified under negative clearance following the preliminary review of information by parties which showed that the transaction may not have serious negative effect on competition in the relevant market. Quton was wholly owned by Seed Co Limited and was involved in breeding, processing and marketing of certified cotton seed; while Maharashtra was a seed company registered in Mauritius with a commitment towards improving the prospects of agriculture through research and technology.

The parties submitted that the acquirer is involved in seed production in India as such it would bring valuable expertise in seed production. The secretariat gathered information from various sources including information provided by the parties in the application and invited views of third parties on the transaction. Investigation established that the acquisition would not change the structure of the cotton seed market as the acquiring firm had no commercial presence in Malawi and the transaction was not likely to have public interest concerns such as job losses.

The Commission authorized the acquisition as it was found that the same may not likely result in substantial lessening of competition in the relevant market. The transaction was approved by the Commission on its 40th Meeting held on 30thOctober, 2014.

Request a copy of the full determination: This email address is being protected from spambots. You need JavaScript enabled to view it.

On 28th May 2014, the Commission received an application for negative clearance for the acquisition of Group Development Limited (GDL) by Gillanders Arbuthnot and Company of India. GDL was a parent   company for Naming’omba and Mafisi Tea Estates.

The proposed transaction was assessed by the Commission in line with the provisions of Competition and Fair Trading Act and found that the acquisition would not likely result in substantial lessening of competition in Malawi as the acquiring party  had no commercial presence in Malawi.

The Commission also found that the transaction would create public interest benefits through resuscitation of the operations of Naming’omba and  Mafisi Tea Estates since prior to the transaction GDL was going under. It was also revealed that the sale of GDL would assist NBS Bank recover its money since the entity had an outstanding loan with the Bank. The Bank needed the money to prop up its liquidity position in order to comply with the Basel II requirements.

On those premises, the transaction was approved by the Commission on its 39th Meeting held on 4th August, 2014.

The Competition and Fair Trading Commission (CFTC) authorised the acquisition of 62% shares in Churchill International Holding and Kweza International by Michael Mathias, Michael Winn, Richard A J Faulkner, and the African Agriculture Fund (AAF).
At its 38th Board meeting held on 31st January 2014, the Commission heard that the AAF is a private limited company incorporated in Mauritius and it invests in food value chain in Africa with focus in sub-Saharan Africa. It engages in food production and distribution of cereals, livestock farming, dairy, fruit and vegetables, beverages, crop protection, logistics, fertilizers, seed, edible oils, smallholders and agri-services.
The target, Churchill International, is a holding company of Farming Engineering Service registered in Malawi through its 100% shareholding subsidiary, Farming Engineering Services (FES). 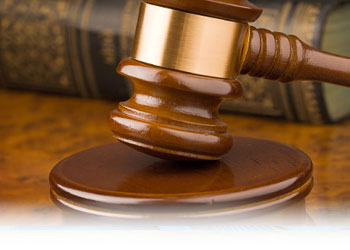